A sunny Saturday with a predicted high temperature of 27 degrees was the perfect recipe for a day trip to the city of Nantes. Our afternoon was filled with sweet coffee, an architectural steampunk wonderland, as well as endless spontaneous moments of exploration amongst the flavourful galette restaurants.

Nantes offers something for everyone. If you are interested in doing some window shopping, the streets surrounding Place Graslin are where you can find some of the cities most chic boutiques. If you have a sweet tooth and an appreciation for beautiful architecture, add a trip to Le Passage Pommerey. Here, you can run your hands through small shops as you walk under beautifully lit arches. On the outskirts of the passage, you can cure your candy cravings by visiting an artisan chocolatier, or by stopping for a delicious pastry in a quirky café.

When in Nantes, visiting Les Machines de L’île is a noteworthy attraction. Situated at the banks of the Loire river, here you can find a steampunk explosion of interactive art installations which are meant to promote the cities undeniably unique and creative atmosphere. Les Machines de L’île is a unconventional project which is meant to highlight Jules Verne’s avant grade littoral inventions, Leonardo da Vinci’s complex machinery, as well as Nantes’ diverse industrial history. Coming into existence in the year of 2007, this alternative fantasy world is a result of François Delaroziere and Pierre Orefice’s collective imagination. The most popular installation is that of Le Grand Éléphant; a fierce and slow-moving machine which you can ride atop while enjoying a view of old shipyards. During the course of it’s promenade, the elephant sprays curious onlookers with water from its trunk, allowing children and families to frolic in a cool mist.

A trip to Nantes would not be complete without tasting a traditional galette. A marriage between a sweet crêpe and a savoury pancake, this buckwheat flour dish is often filled with delectable ham, smoky cheese, and fresh eggs. Although the variation of ingredients within a galette are endless, no matter what you place inside, I assure you that it will be delicious. This simple yet one of a kind food is recognized nation wide. However, it is most strongly associated with the region of Brittany due to the numerous buckwheat crops that once existed in the region. The best galette crêperies are situated around Place du Bouffay. Here, the smell of authentic cooking and the chatter of hungry tourists permeates through the winding streets of Nantes.

Once the largest port town in all of France, Nantes is home to a vast and vibrant history. Here, you could once find exotic trade, the export of locally produced goods, as well as a booming economy due to Nantes’ participation in the African slave trade. From the mid 17th century all the way up until the 19th century, France organized 4220 slave trade expeditions from various port towns. 1714 of these trips were organized by ship owners from Nantes, resulting in the transportation of over 550 000 African slaves to various colonies. Although this city is an alluring place of charm and charisma, it is important to remember that much of it’s historical economic success was built on the back of the slave trade. This powerful and meaningful history of Nantes is what makes it so fascinating to visit. Without acknowledging the past and providing a safe space for reconciliation, we would be living our lives in a perpetuating lie. Thankfully, Nantes is a place where what once was is simultaneously intertwined with what now is.

It is impossible to visit everything there is to see in a city in just one day. From Le Château des Ducs de Bretagne to the mesmerizing gothic cathedral of St. Paul and St. Peter, Nantes is a bucket list weekend destination… 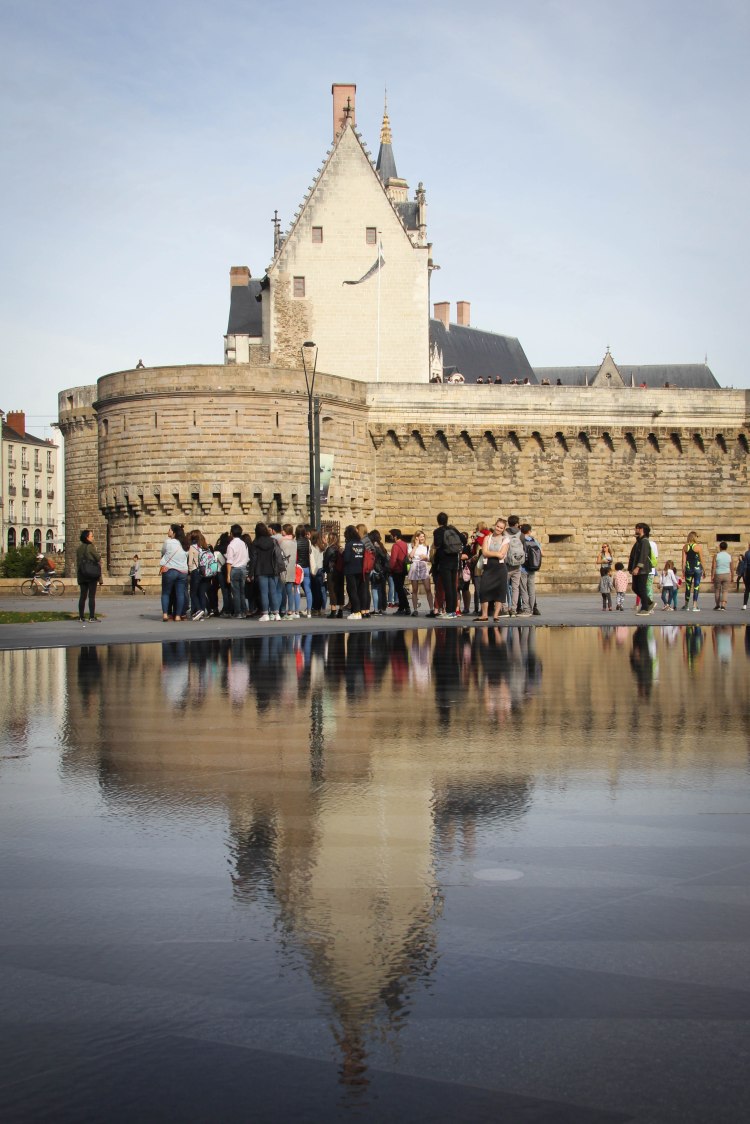 ~with love, from France